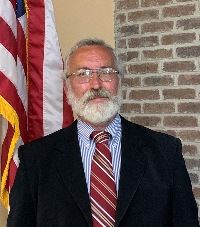 Councilor Michael Schaaf was born in McCook, Nebraska. His family moved to Gallup in 1966 when his father took a position working for the Public Health Service (now the Indian Health Service).  He attended Roosevelt Elementary, Gallup Junior High, and then graduated from Gallup High School in 1976.  While he is the only Schaaf sibling remaining in Gallup, he is proud to continue the legacy his siblings began when they served the Gallup community as a police officer, teacher, and in the medical field.

Through his entire career, Councilor Schaaf worked within the Native American arts community. He worked for Turney’s Indian Goods from 1967-1990, then worked for Winfield Trading Company from 1990 until his retirement from there in 2019.  In addition, Councilor Schaaf has volunteered for the Gallup Inter-tribal Indian Ceremonial since 1990.

Councilor Schaaf’s commitment to public service began when he was elected as a school board member for District 5 of the Gallup-McKinley County Schools in 2018. In addition, he is a dedicated member of St. John Vianney Catholic Church, where he served as a member of the church council and finance committee, and he is a member of the Knights of Columbus Fray Marcos Council 1783.