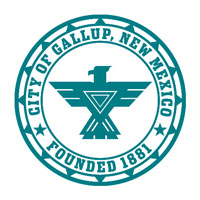 About the City of Gallup Government


The City of Gallup is a municipal government incorporated under the laws of the State of New Mexico. The city charter follows the council-manager form and provides for five elected positions: the mayor, and four city councilors. The elected officials oversee the policies and practices of the city government. Gallup is the county seat of McKinley County.

Please visit our Elections and Representatives page for more information.

Council Meetings
Agendas are available at the City Clerk's Office seventy-two (72) hours prior to each meeting. If you are interested in appearing on the agenda, please contact the Clerk's office no later than Tuesday prior to the next council meeting.

Most Recent Agenda | View All Agendas and Minutes