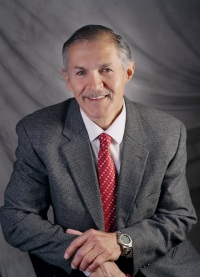 
Cecil Garcia was born in Grants, NM. His family moved to Gallup when he was a child. A graduate of Gallup High School, Cecil has worked in the mine and was also employed as a teamster truck driver. Currently self-employed, he is the owner / operator of Garcia’s Landscaping. In his spare time he enjoys weightlifting, biking, sports, and the arts. Cecil also enjoys spending time with his three daughters who live in the Phoenix area.

Served
Cecil Garcia was Councilor of District 4 from March 2011 to April 2015.